We had a busy weekend but it was fun! Friday night we were at Caliente for "80's cover band, Werewolf". They're really good. We had a big group & it was a beautiful night so we were able to sit on the patio.

Saturday morning I was running a 5K. The Church/School that my nephew Logan goes to was having their annual fair. Logan the 1 mile fun run with all his little peeps. They were so cute! 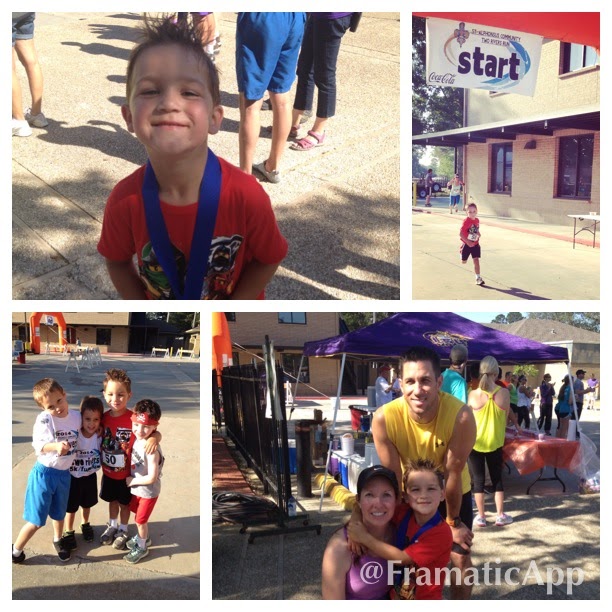 Logan's daddy came in 2nd place overall & 1st in his age group. Logan was very excited with the medal. 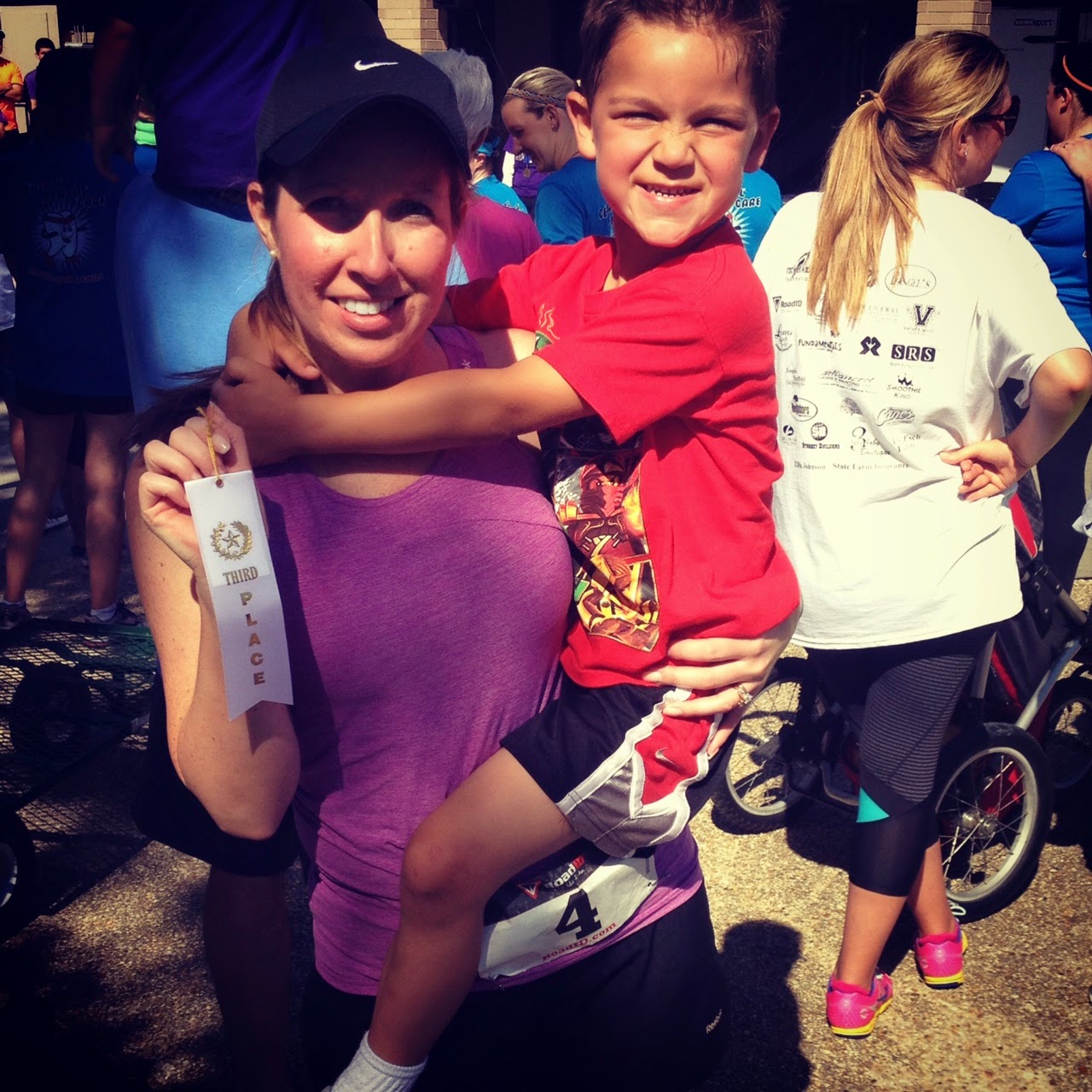 I came in 3rd in my age group! Granted it was a small race & there weren't a lot of people in my age group but I beat some of them & I'm happy! Maybe I do have a little of my brother's competitive spirit. Although, I mainly just want to beat my best time. I only got a ribbon but that's ok. It's something that proves I came in 3rd! Right before the race started there was an issue with the police & the route had to be changed so it ended up being 3 miles instead of 3.1. I ran 3 miles in 28:45 which is a PR. If it would've been 3.1 mi. I would've made it under 30:00 which has been my goal. Logan was excited about my ribbon too!

After the race I went to my parents to shower & change & then we went back to watch Logan's class perform. 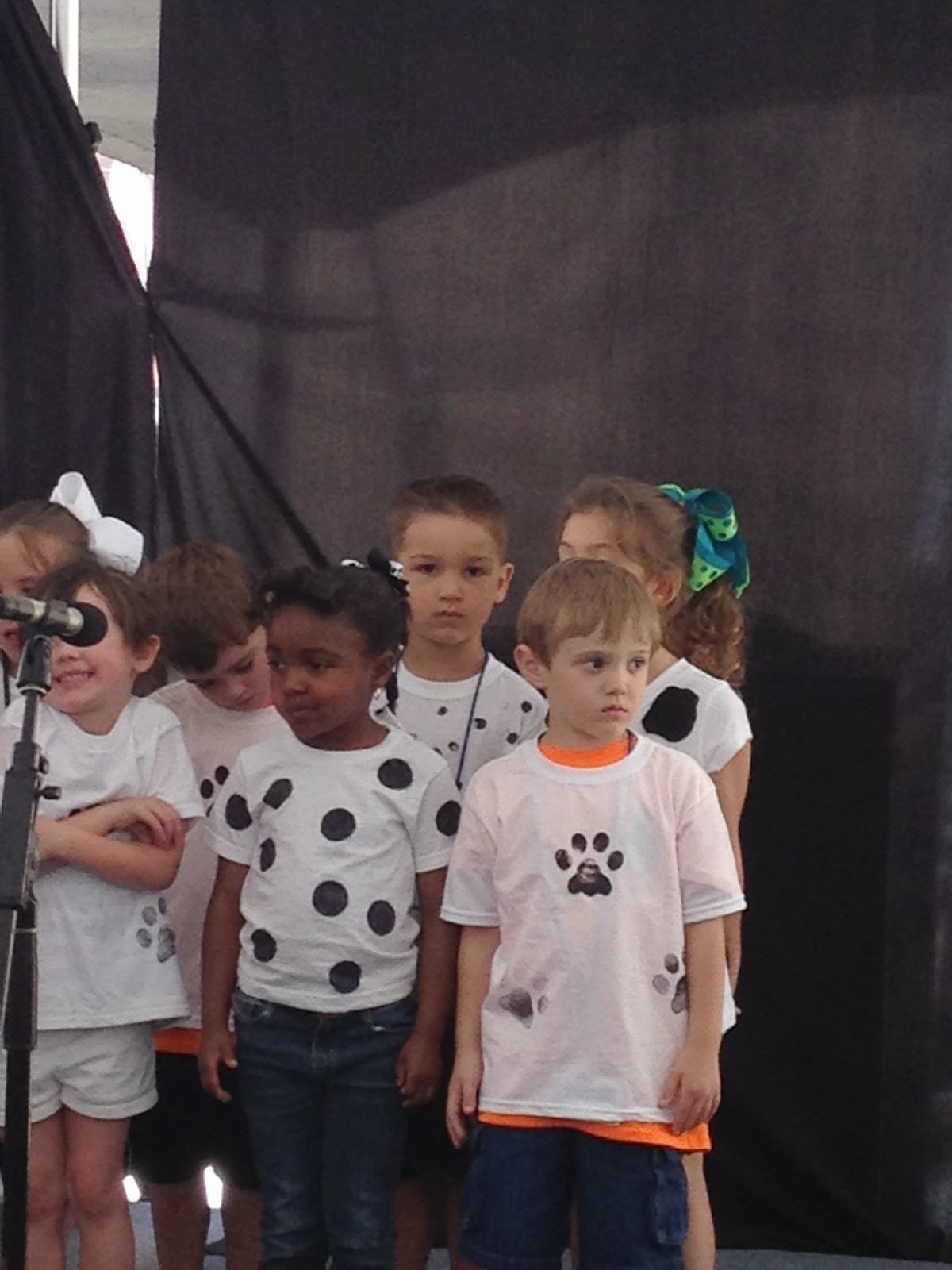 Logan's on the back row next to the chick with the bow, who by the way, was adorable! Logan sang at the beginning but by the end he was bored & over it. He was ready to ride rides. 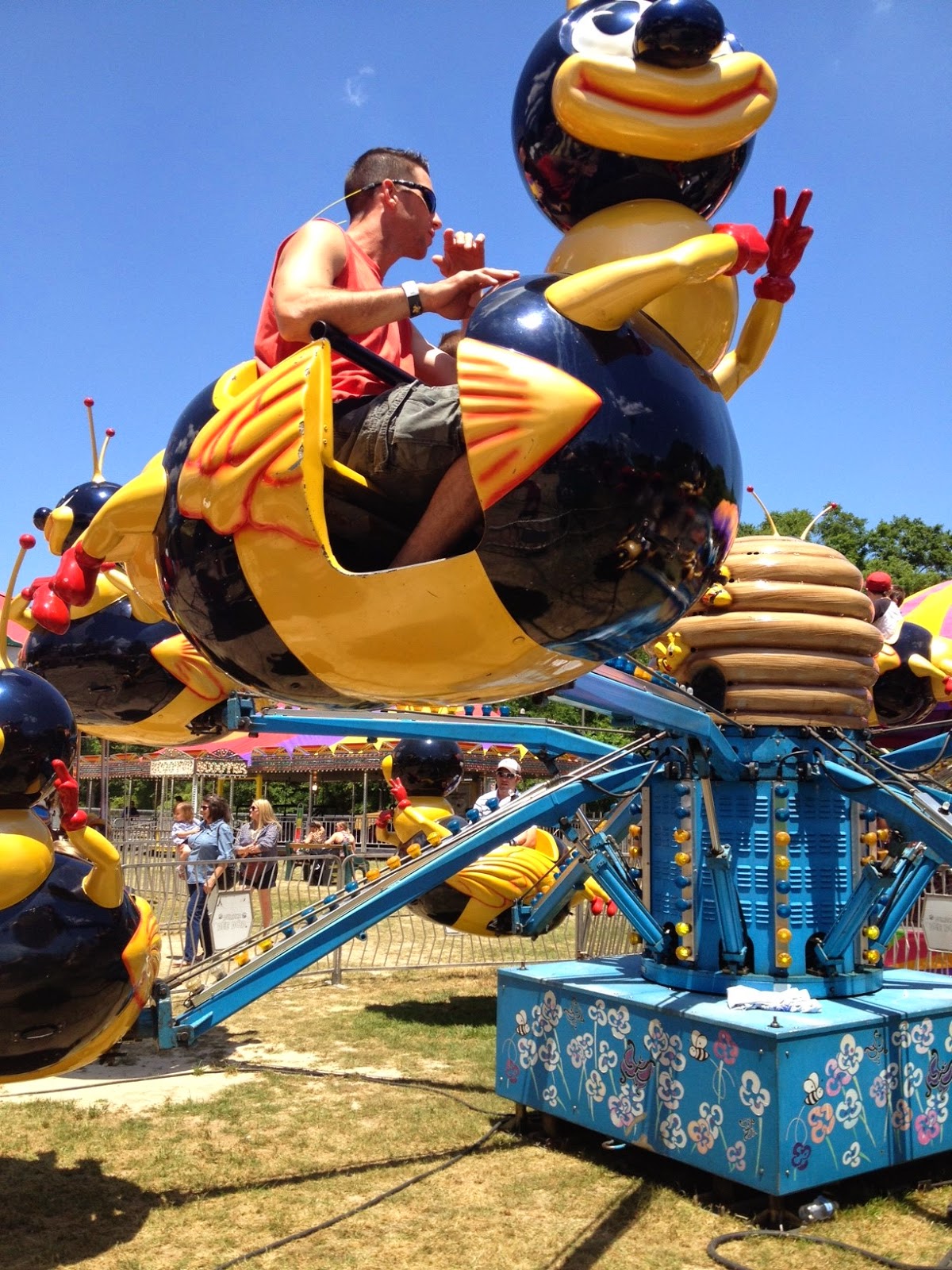 This picture cracked me up because Logan wanted his daddy to ride with him & he's just a little tall. I stayed a little while & watched the riding. It was a beautiful day & warm & I forgot to wear sunscreen. I ran a couple of errands & then went home & took a short nap. Then it was time for the crawfish boil. 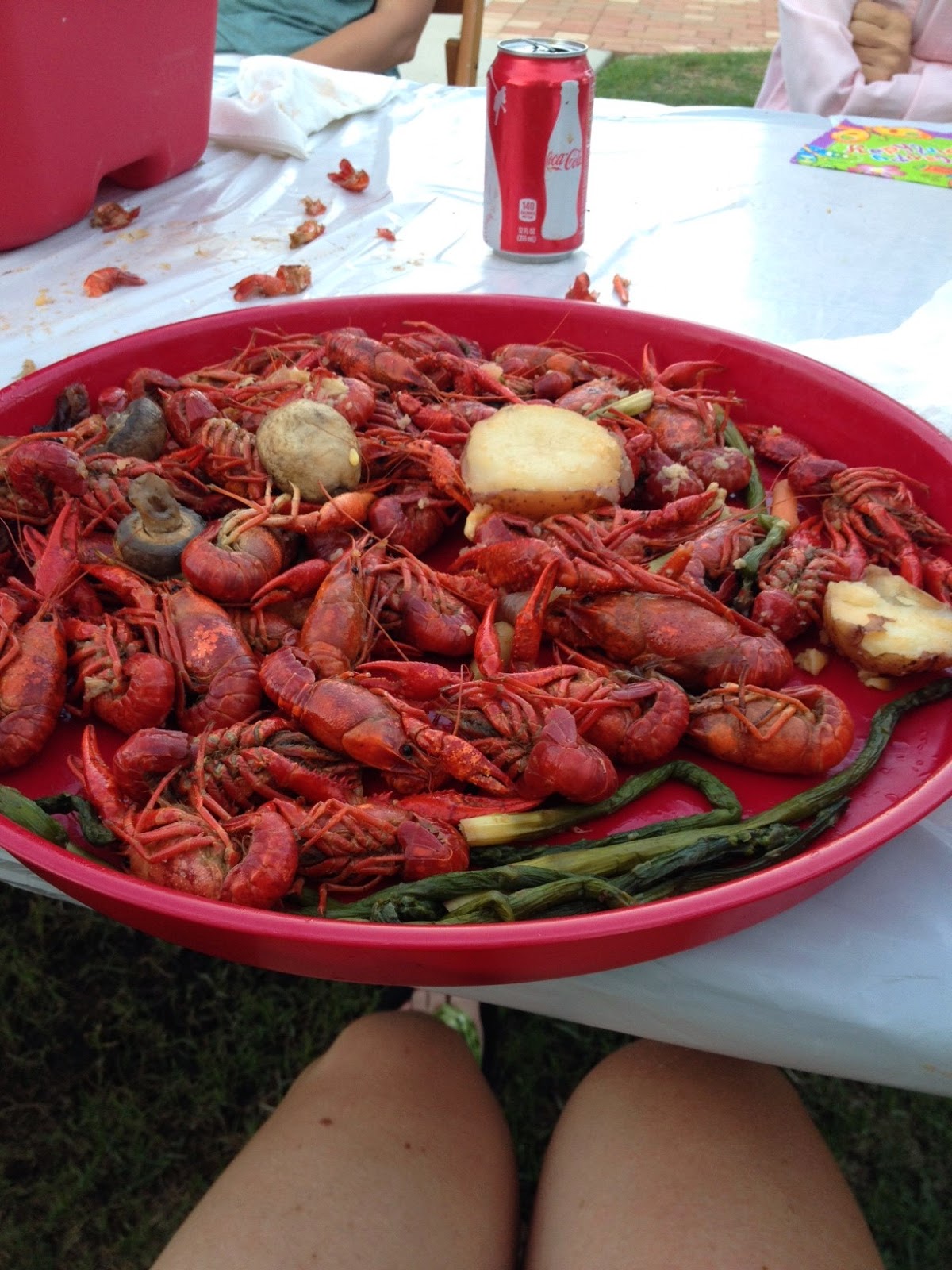 Dean boils delicious crawfish! I loooovvvve the asparagus & mushrooms. So so good. In case you don't know, this is what they look like when they're alive. 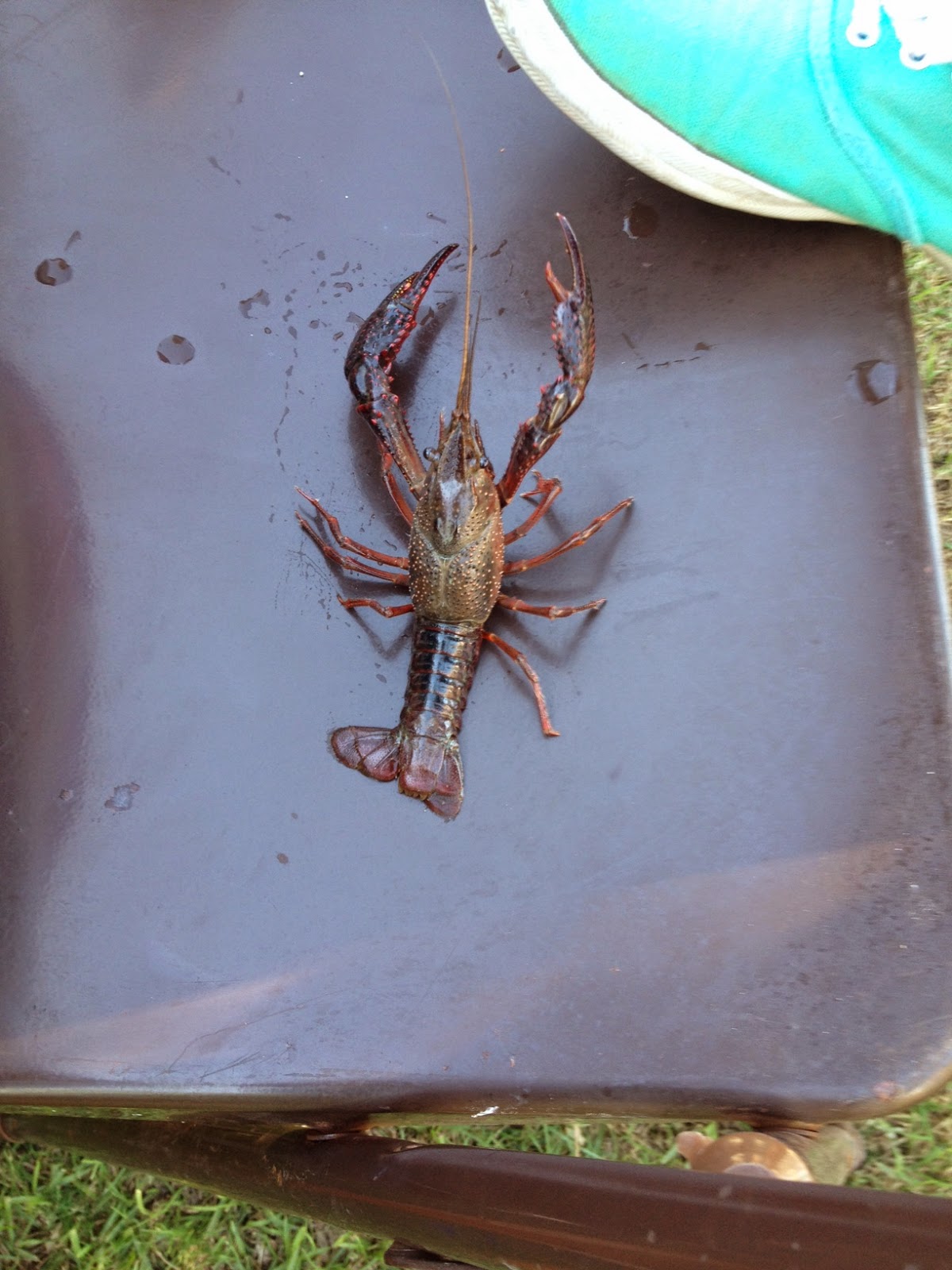 I don't know why kids like to play with them so much but this happens at every crawfish boil. 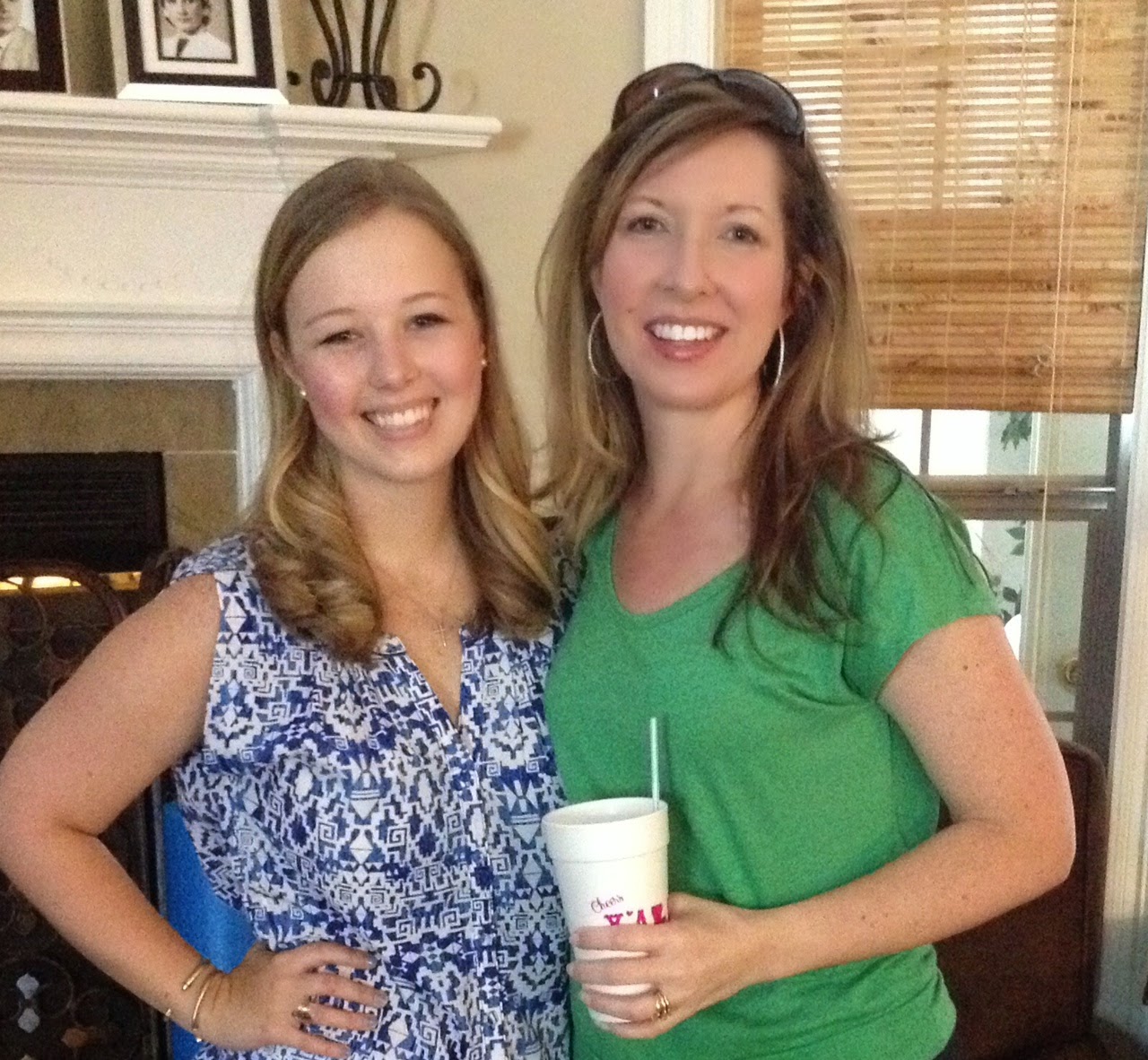 Me Hillary. Hillary is graduating from LSU next week. I can't believe all the girls are so old now.

More of the girls with Dean. The pics from the iPhone at night, outside, are just not great. 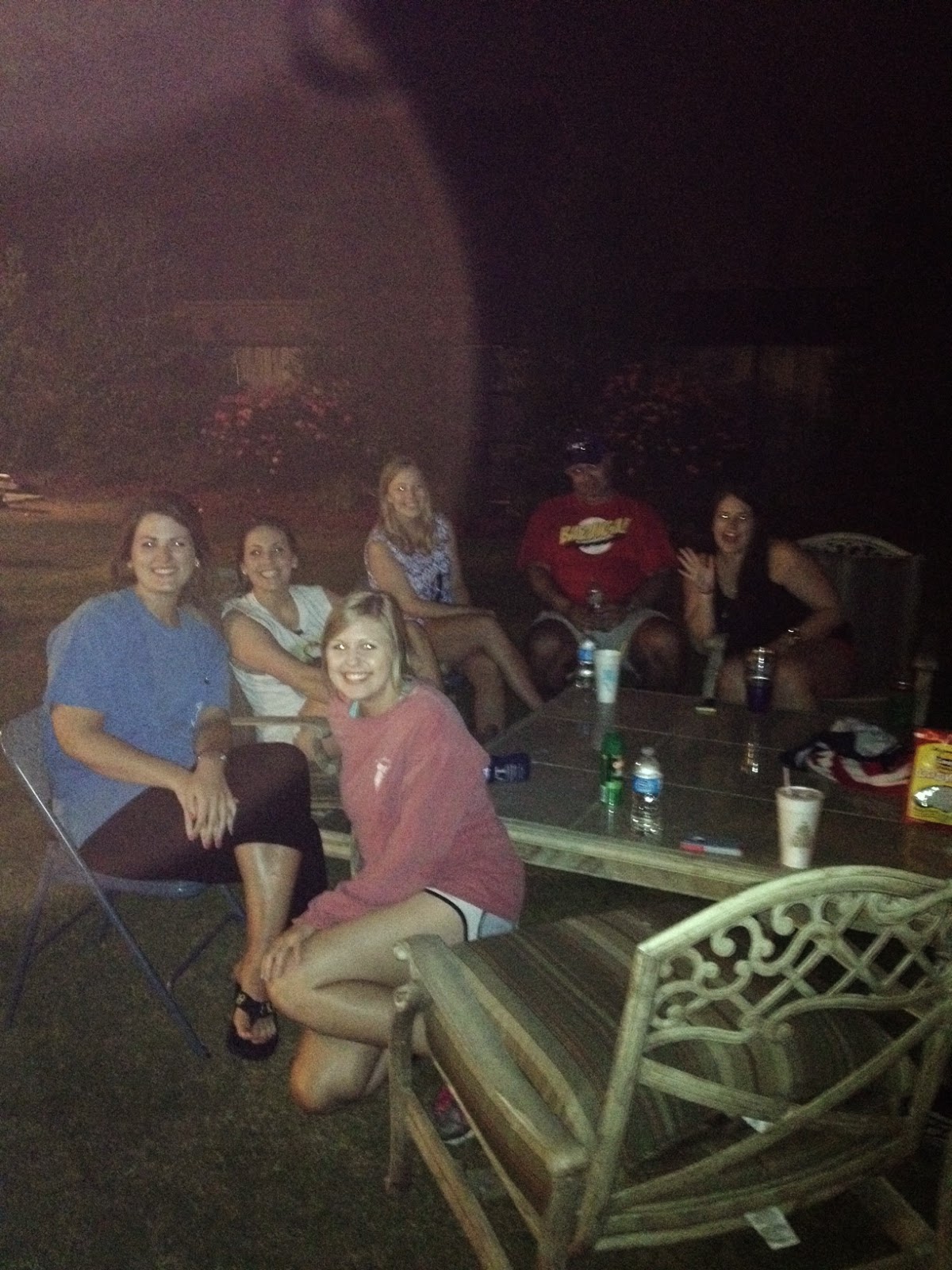 Sunday I went shopping with Allie. We had equipment to buy so our triathlon training can start. I bought the dreaded helmet, some cycling shorts, sunglasses, socks & a couple of tops. The only think I have left to buy is the actual "tri suit" to race in. We had lunch too. So much fun! Once we got home we did our first ride. 5 miles & it wasn't bad at all. I was shocked when Cindy said we'd gone 5 already.

Now I'm counting down until Friday. We leave for the beach Friday morning. CANNOT WAIT!!!