Soooo, awhile back I saw on a blog that this chick eats these little things of algae. Yeh, I know. WIIEERRDDD! Well, I read a lot & I find myself reading a lot of exercise & food blogs & articles & I keep coming across algae. There's a real name for it which escapes me at the moment & of course it sounds better than algae. There are all sorts of studies that show algae is the most nutrient dense food in the world. The name of this product is ENERGYbits.  Anyway, I'll try just about anything once. Especially, if it promises to give me energy. Y'all know I like to nap but most of the time it's because I'm tired! Not just because I want to sleep. About a month ago one of the blogs I read was hosting a giveaway for ENERGYbits. I tweeted about the giveaway so that I could get an extra entry into the contest. When I did Jonathan tweeted me back asking if I'd like a free sample to review on my blog. Well, nobody ever gives me anything free so I was definitely in! Especially, something I'd been wanting to try.

About a week later my ENERGYbits arrived in the mail. They look like little pills, about the size of an Advil - the little round ones, not caplets & they're green, you know, like algae. It says on the can that you can chew them but they "taste really green so we don't recommend it". Hey, you don't have to tell me twice. These things are 100% natural, organic & all that stuff.  They only have one ingredient & it's organically grown spirulina algae. They are 1 calorie per "tab". They are not supplements. Algae is a food. The directions say to take 30 tabs before you exercise, are hungry or just need energy.  I tried it the first time before I ran my last 5K at Logan's School/Church. Not only was it a PR but it was also the first time I ran 3 miles in less than 30 minutes. Coincidence? Possibly but I don't think so.

I wanted to try them again before I reviewed them.  Today, instead of having my morning snack I decided to try Energy Bits. I wanted to see what it did for my hunger. It definitely made me feel fuller & it held me over until lunch. Now, I won't say that I was stuffed by any means but I was just as full as if I would've eaten a granola bar or oatmeal. This way I'm saving calories & eating something 100% natural.

Now, like I said I didn't chew them but by swallowing them you can tell they may not be real tasty if you did decide to chew them. They're a tad bit chalky, well, I don't know if chalky is the right word. I don't generally have issues swallowing pills but when you have to swallow 30 it's not the easiest thing in the world. I swallowed 3 at a time for the most part & it was fine. When I tried to do more at a time is when I had a little bit of problem.

So Jonathan said I could offer a discount code & a giveaway. If you use the code "BLOG" there's a  10% discount.

The sample comes in this little tin that's perfect to throw in your purse. 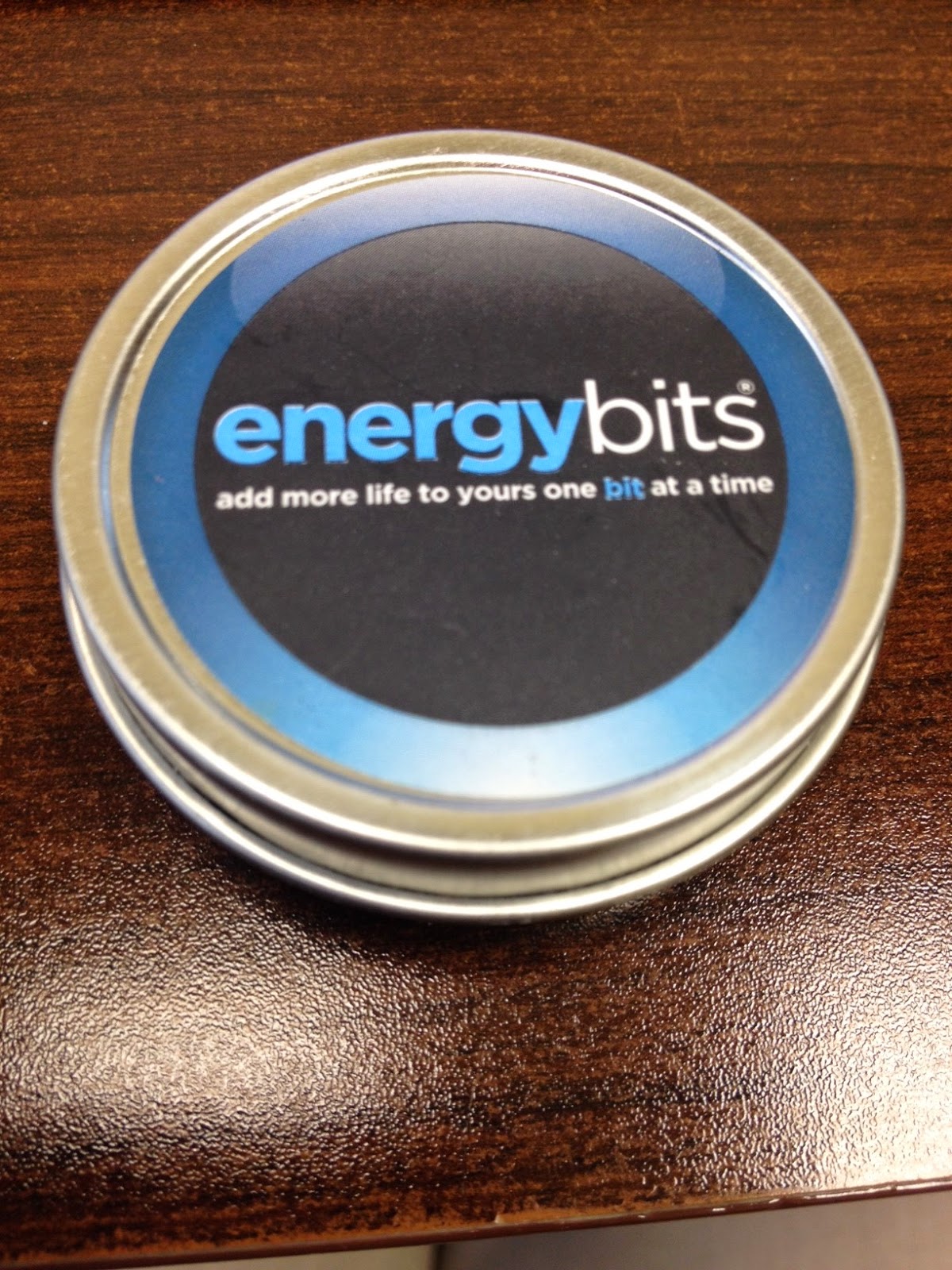 Just leave a comment & I'll enter you in the drawing. I have a busy weekend planned so I'll draw on Tuesday, June 3rd.

Getting stuff to try is all new to me but apparently I have to say that ENERGYbits sent me a free sample of the bits in return for my review but this post is my opinion based on my experience.