Saturday I turned the ripe old age of 38. I'm not really sure where the time has gone from the time I was about 23 to now. I left work a little early Thursday & went & had a massage. This was the first massage I've ever had. I've always been funny about strangers touching me. It was actually a delightful experience & one that I'd definitely do again.

I took the day off Friday as well but I still got up at 5 & went for a run. I had my nails done, did some shopping & had lunch with my parents at Brewbachers. It was a lovely day. Not real productive as far as shopping though. I did get a few things. 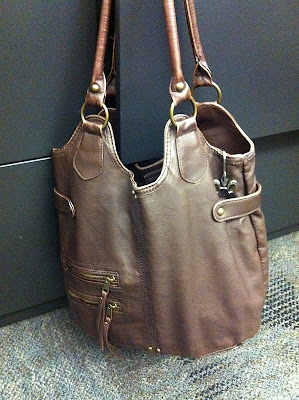 I got my purse at TJ Maxx. I NEVER find anything there & I only went in because I was going to Bed, Bath & Beyond next door.  Only $25 & it's the softest leather. 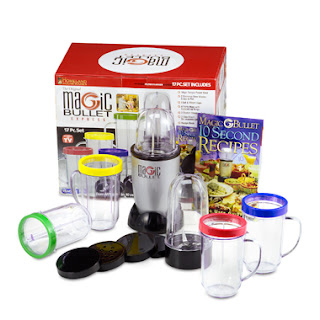 I got a Bullet. With all the eating right I'm trying to do I decided that I needed this. I want to make smoothies because I don't eat enough fruit. I like a fruit shake/smoothie much better than actually eating fruit. I haven't made anything yet but everything's unpacked & ready to go!

Once Dean got home we went to dinner at La Carreta & then head over to our Church Fair. Lots of our friends were there so we visited & listened to the band. This particular band is made up of several of our parishioner's. One being a Cardiologist & another a Pediatrician. It's pretty funny to watch them bounce around & dance. At one point they sang Soul Man & our Priest joined them on stage & sang. It was hilarious!

Saturday I went for a 4 mile walk. We had a cold front come through Thursday so the weather's been great. A little cool early in the morning & after the sun goes down but really pretty during the day. After the walk I went shopping again. Ann Taylor Loft was having a 40% off everything sale. I scored there. 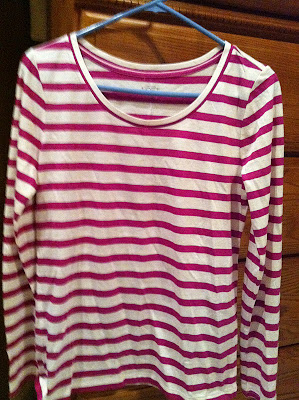 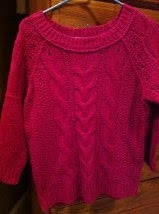 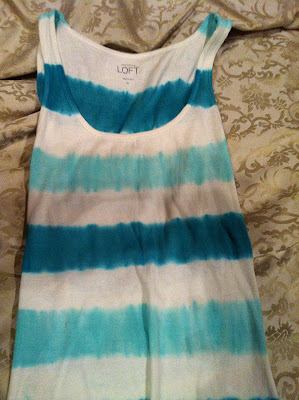 The tank was only like $2.50. It was on clearance. I also got a pair of skinny jeans to wear with my boots & flats. I picked up a green tea from Starbuck's (Thanks Vicki & Lane) & then headed home. We watched football & went to Mass. After Mass we walked around & visited at the fair again & then went to dinner at Marcello's. It was sooooo good. I had eggplant parmigiana & a salad. We even decided to have dessert & I'm so glad we did. We had strawberry cake with white chocolate icing. OMG DIVINE!!!

Yesterday was a pretty lazy day. I actually slept until 8:00 which rarely happens. I went through my closet & got rid of a bunch of stuff that doesn't fit anymore & straightened things up. Then it was to the sofa to read & nap. HA! I did go to Yoglates yesterday evening so I wasn't a complete bum. All in all it was a great birthday weekend.