The port was on the Dutch side. It was a pretty area. 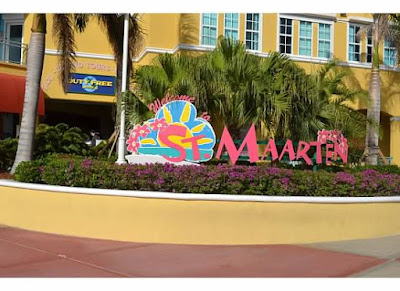 We had a tour of the island booked. It was nice because it was just our group & the little bus was nice & had air conditioning. The driver also had an ice chest of rum punch, Cokes & bottled water. 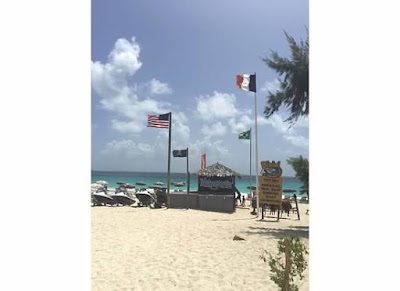 Our first stop was Bikini  Beach. It was very pretty. We had crepes & macaroons. So good! Loved the pistachio macaroon. 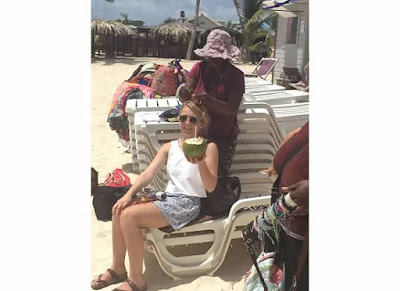 Maddy & Amelia-Ann got a braid in their hair. This is when we learned to ask more questions & be very clear. One skinny little braid was $30. They thought the lady said $3.00. She said $3.00 per inch. Yikes! The $5 coconut was a much better deal. 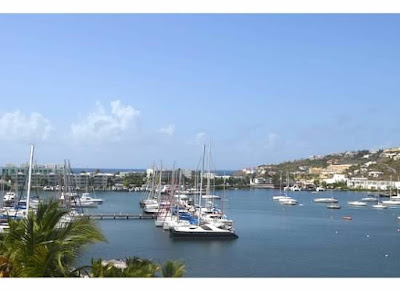 The scenery was beautiful. This was my favorite island. It was so pretty. 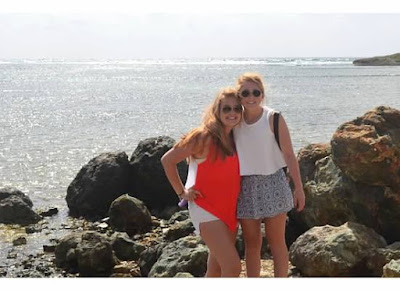 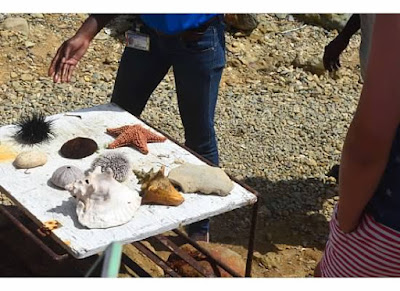 There was a guy out here with all of those things on the table. It's all stuff that lives in the ocean & everything was named after cartoon characters. He knew all about them. Apparently, he sets up his table every day & takes tips. 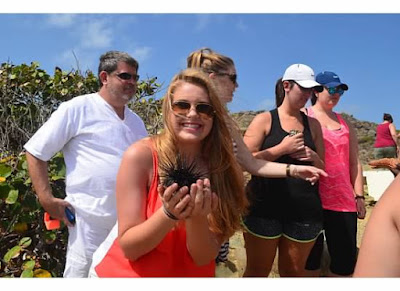 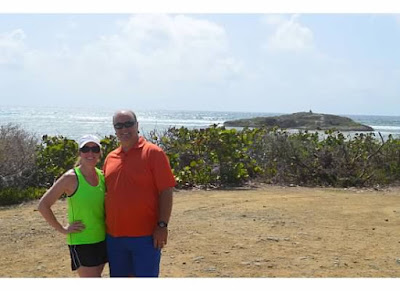 How pretty is that view?! 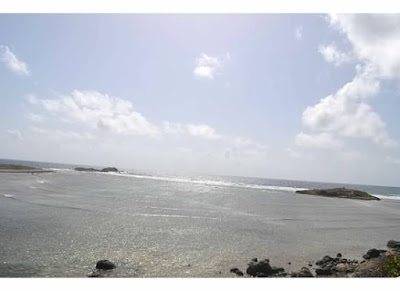 Every time I look at this picture it kinda oogs me out. 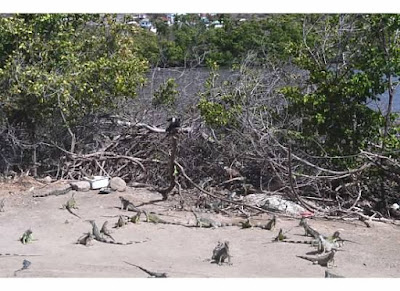 It's a bunch of Iguana's. All different sizes. I took this pic from the bus. I had zero interest in getting close to them. 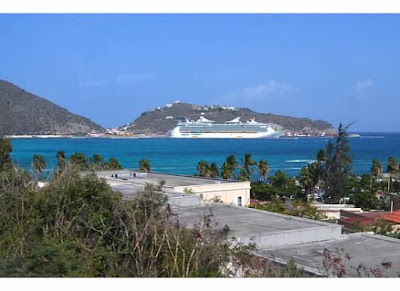 That's our ship. The water is gorgeous.  This was taken through the window on the bus.

Another stop was Maho Beach. I wasn't at all interested in going to watch planes fly over & land. I lived near an airport growing up. Planes flew over all the time. Clearly, nobody explained exactly what we were going to see & since I was so uninterested I didn't bother to google it. 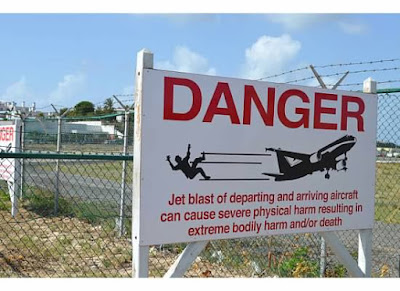 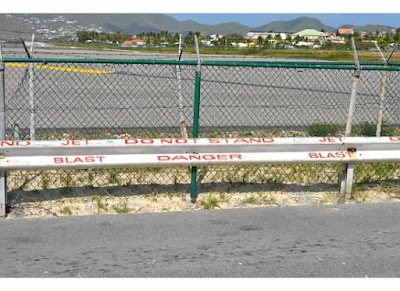 See how it says DO NOT STAND? 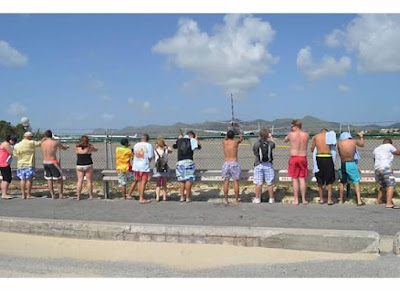 These are the morons standing. Notice I was across the street taking the picture of the morons. Yes, some of those morons belong to us. 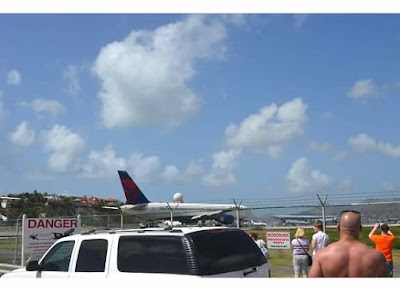 When the planes took off the jet blast sent people rolling down the beach. Not kidding. Google it. There are videos. 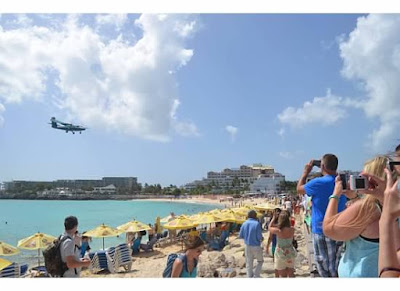 This was my view from the Sunset Bar & Grill where I was watching while sipping "A Smooth Landing". 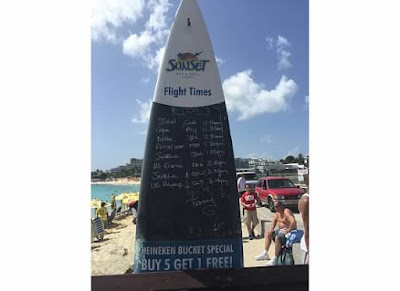 The surf board has all the landing times for the day's flights. Eventually, we were all on the beach watching some of the planes land. 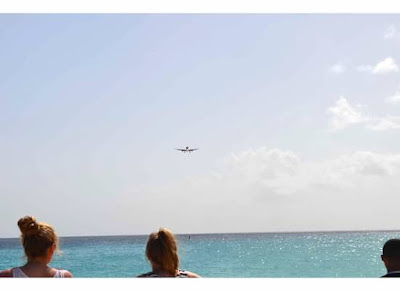 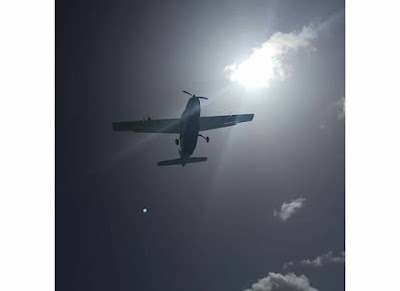 Getting closer and then.... 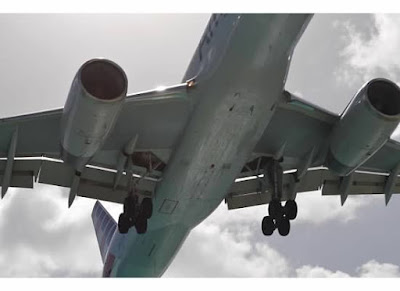 THIS! Honestly, I felt like I could reach up & touch it. 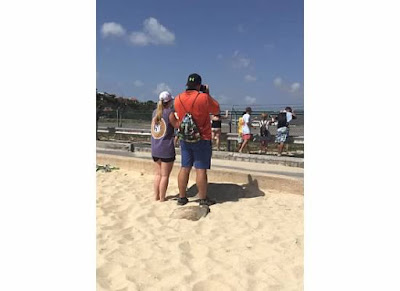 Hillary is scared to death of flying. Needless to say she wasn't thrilled with this either. I think she was holding onto Dean for dear life.

We had our passports stamped in both countries so that was cool. I bought myself an airplane Pandora charm that has St. Maarten engraved on it. So cute!

Have a great weekend!