I went to the lakes with Cindy, Renee & Dianne Sunday morning. We're all running the Half at the Disney Wine & Dine Festival in November. They all love to do triathlons but the running is their least favorite part so generally if they aren't training for a tri they don't run. There's a tri in August that they're doing so they have to run. We did run/walk intervals for 4 miles. It was nice to actually have someone to talk to! 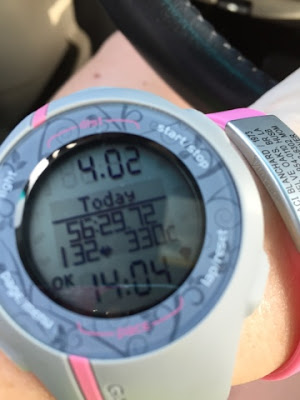 Our parents & Scott, Lydia & Logan were all coming over for lunch & to swim. 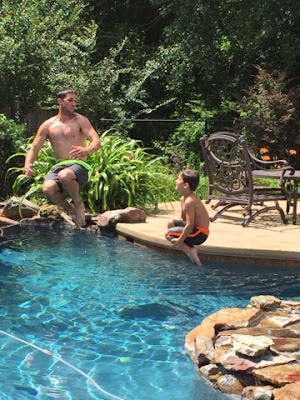 Logan wanted to have a cannonball contest with his dad. 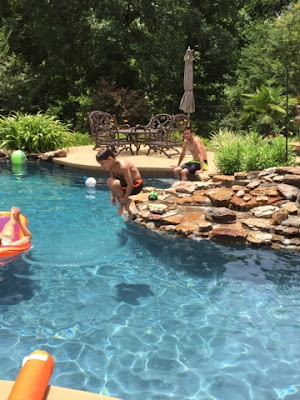 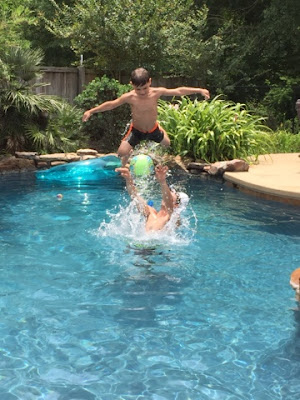 He always wants someone to throw him in the air. 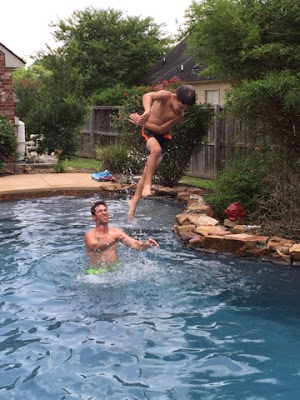 When his Nonke throws him he goes upside down. He'd come up from under water grinning from ear to ear telling him to throw him higher. 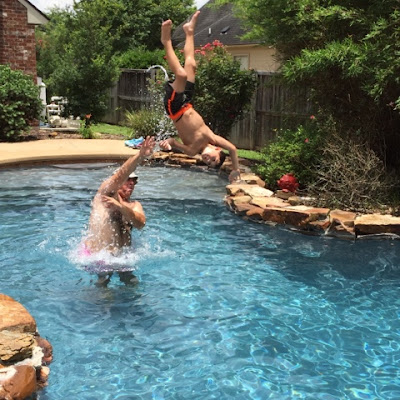 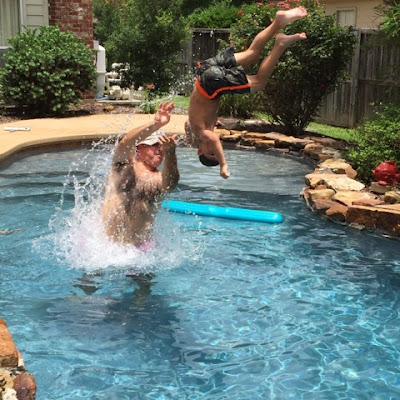 Dean & I were on our cruise for Logan's birthday so we didn't get to go to his party.I got him a cookie cake. 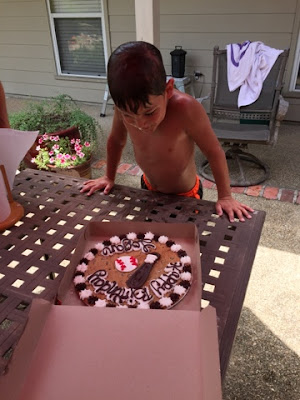 He's obsessed with baseball & he kept telling me "thanks for my cake Tante. I really like it". 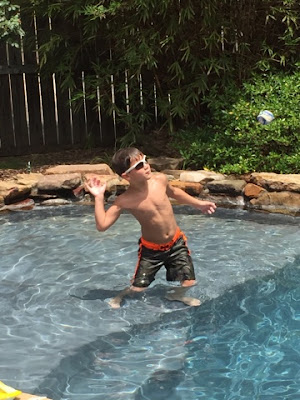 We all had to play baseball in the pool. 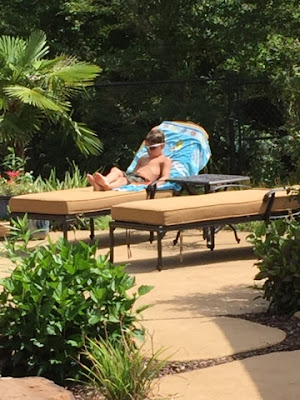 His dad laid down for a bit so of course he had to do the same thing.

After everyone left I did a leg workout to try & make up for some the dessert. This morning I was up early for arm day. 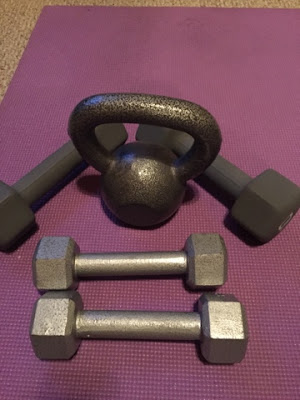 Tomorrow, I run. It's definitely summer here. It's going to be close to 100 this week. Not looking forward to that at all.