Awhile back my neighbor who is like family asked me to be her Confirmation sponsor. Of course I said yes. Tuesday after I got home from Disney was the night of Confirmation. We had a delicious dinner at her house before hand. Gumbo & shrimp & grits! The actual Confirmation was very nice. The Bishop was there & did the Homily. There were 125 Juniors that were confirmed. It was the biggest class in the Diocese.


Afterwards we went back to her house for cookie cake. I used to think all cookie cakes were created equal. I was so wrong. Recently, we've had several occasions where there's been cookie cake from The  Great American Cookie Company & they just can't be beat. When I was a kid & we'd go to the mall we'd get cookies & it they were always so good. 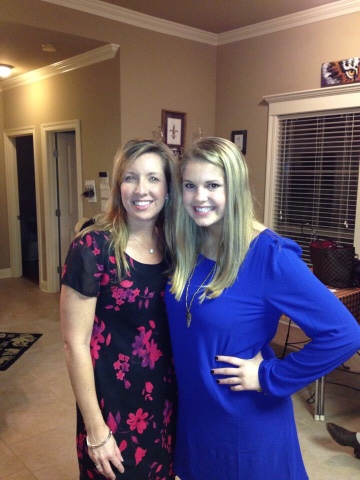 I really need an eye lift or Botox or something. I look tired in every single picture I take. UGH. Anyway, that's Amelia-Ann. It's so hard to believe she's a junior in high school. We moved into our houses a week apart & she was only 6 at the time. 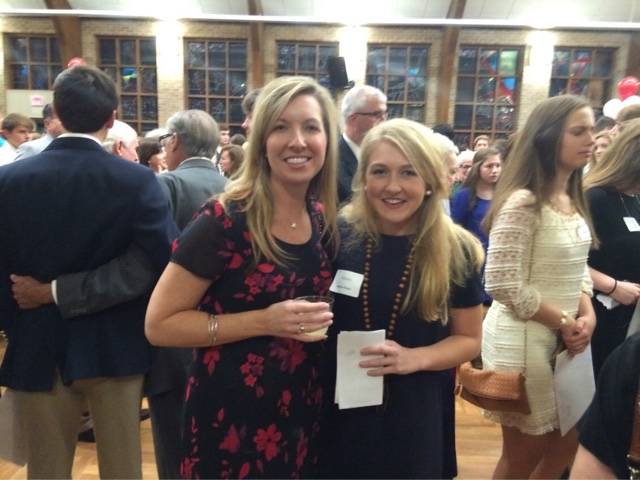 Again with the eyes. Maddy was confirmed too. I first met Maddy & her parents through A-A. Those 2 are the best of friends & have been forever. We've all spent so much time together. It's been so fun being a part of their lives.
Last weekend was one of no plans which was awesome because I hadn't been home on a weekend in awhile. I needed to rest.
I did get up Saturday morning & run. I went to the lakes & the pelicans are migrating. 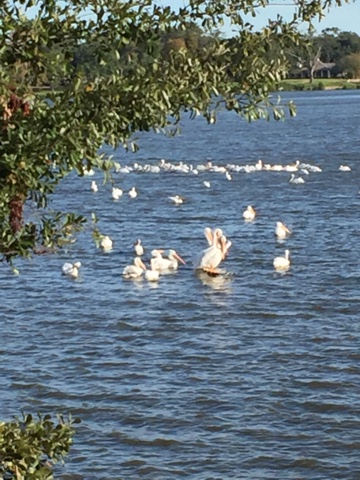 There are sooooo many! 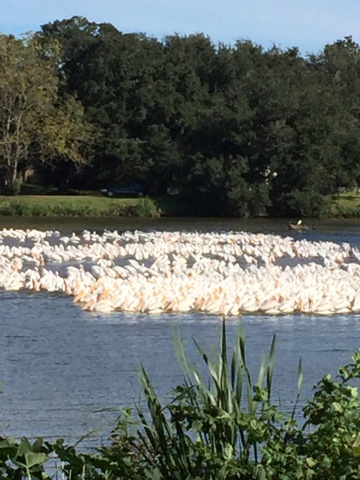 I couldn't get them all in the same picture. They're fun to watch. They would fly real close to the water & when they land it looks like they're water skiing without skis.
We're having some cool weather & it was a gorgeous day. 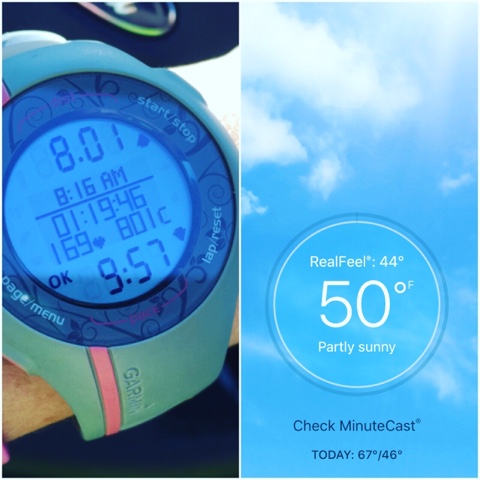 I did (2) 2 miles at goal pace which was 9:40. I'm not sure that's actually my goal but it seemed like a good place to start. I didn't expect to me under 10:00/mi. average for the entire 8 mi. though. That was a nice surprise.
We went to Mass & stopped at Caliente to eat & watch the beginning of the LSU game. That was AWFUL. Seriously. Really bad. Could be more of the same tomorrow & if it is things will be very interesting in Baton Rouge.
My speedy run (for me) was probably too much too soon. I was sore Sunday. Really sore. It could've been the 50 squats I did with a 15 lb. kettlebell though. I haven't been sore during my training for months & I was bummed. I wasn't running regularly the last few weeks so hopefully I'll be ok now that I'm getting back to my routine.
Sunday was a totally lazy day. I woke up at 5 am with an excruciating headache which certainly didn't make me productive.
Monday morning I ran. 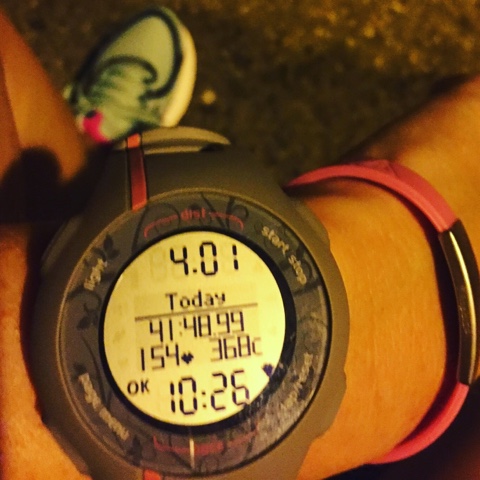 I decided to ease by into it & only ran 4 miles.
Tuesday was upper body with weights. It was a good workout - I'm still sore.
Wednesday morning was a wash out. We had 3 inches of rain over night. I did a core workout. I joined a Holiday Sweat Challenge at Amanda's blog, Run to the Finish. She emails tips to stay on track during the holidays & there are prizes each week when you post your workouts on Instagram & Facebook. Anyway, this weeks focus for the challenge was core & planks. A strong core is super important for pretty much everything you do & to keep you from getting injured. I don't like planks but I'm trying to make myself do them.
Thursday I ran again. 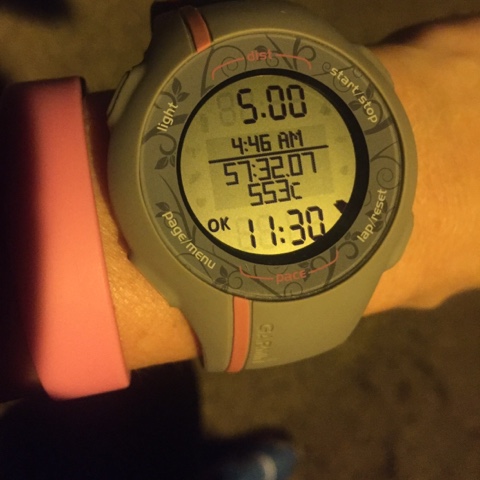 I went 5 miles & I was slow slow slow. It was just one of those mornings when I wasn't feeling right.  I don't know the last time I've had a run that was an 11:30/mile average. I was still sore so maybe that was the problem.
Dean's birthday was Tuesday but we didn't do anything since a monsoon was predicted. Instead we went to Roberto's last night with Dennis, Jackie & Allie. As usual the food was delicious!
Hope everyone has a great weekend!
Posted by Traci at 11:33 AM

Email ThisBlogThis!Share to TwitterShare to FacebookShare to Pinterest
Labels: Holiday Sweat, Run to the Finish