We had a very nice Easter weekend. I hope y'all did too. I had to work Good Friday since it fell during tax season. When I got home Dean & I went with our friends Cindy & Brad to Live After Five downtown. Cowboy Mouth was the band. You may have heard the song "Jenny Says", if so, that's Cowboy Mouth. 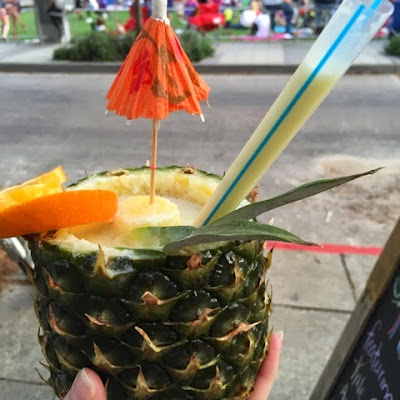 We hit up Lucy's for the cute pineapple drinks. 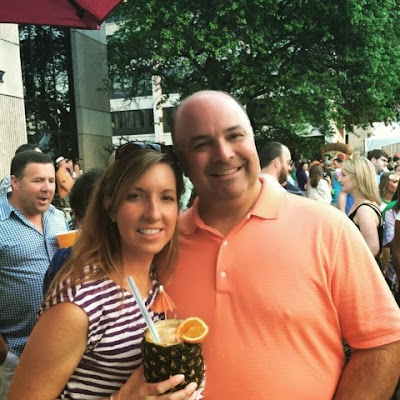 Saturday morning we woke up to rain. Lovely. Cindy & I ran errands. Later the weather cleared up & we ran. 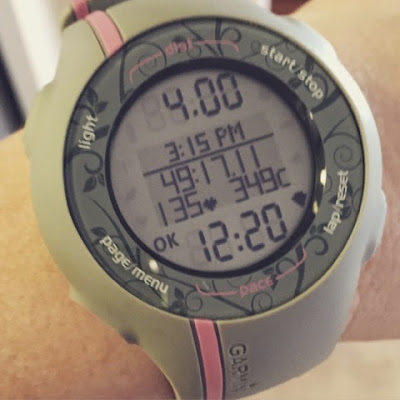 We did some intervals for 2.7 miles & then I ran the rest of the way home. 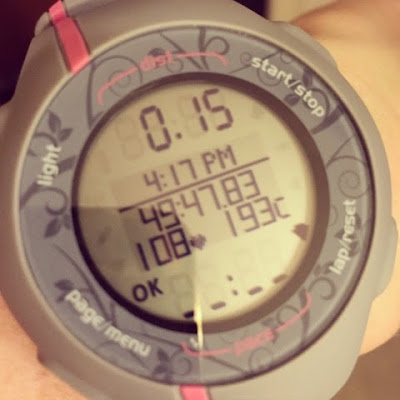 When I got home I did leg work. We went to Caliente Saturday night.

Sunday after Mass we went to my parents house. 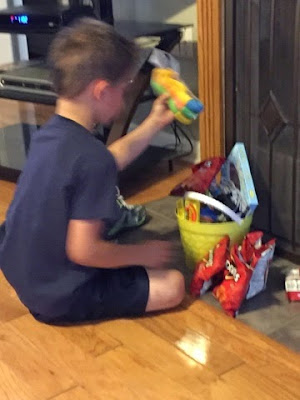 We got Logan a basket with a few treats & some pool toys. 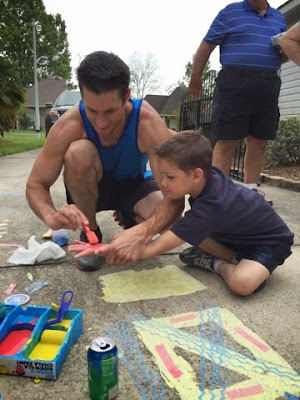 The Easter Bunny brought him some sidewalk paint so we played with that for awhile. 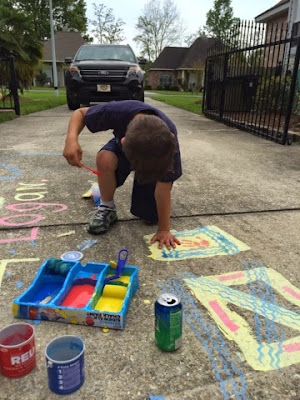 Why is it playing with the paint with a brush isn't enough??? LOL 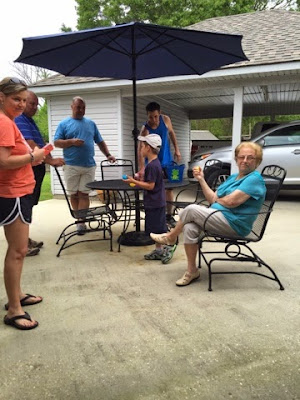 Dean's parents came for lunch too. This is the group Pacquing eggs. This is something that I never heard of until Lydia joined the family. She thought it was a Cajun tradition but Dean & his family had never heard of it either. After doing some googling I found that it's an Acadiana tradition. Some people call it knocking eggs.  Basically, you take the dyed eggs  & one person "knocks" the other egg & whoever's egg cracks is the loser. Logan pretty much beat everyone & he's not gentle in his knocking. 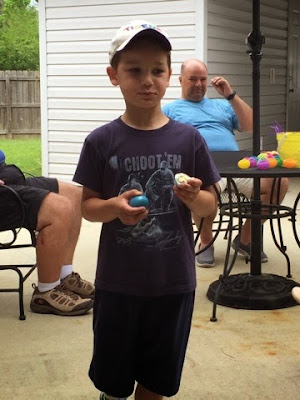 I guess all the pacquing & knocking made him hungry.

There was a little ball to be played. 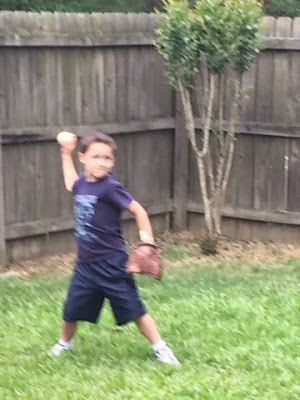 Logan was practicing his pitching. He plays t-ball, there is no pitcher. He needs to be taking some ground balls because his defense is not great. 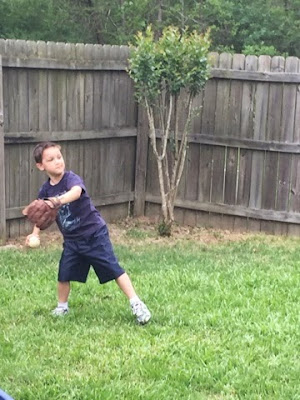 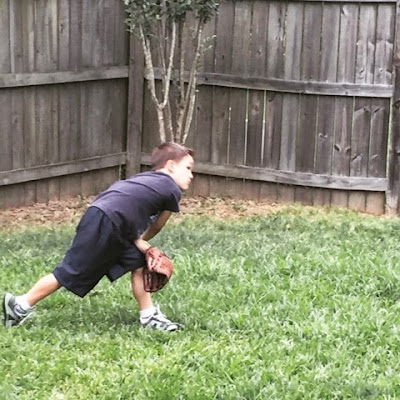 He's got his form down.

Monday morning I was up bright & early & did arms. 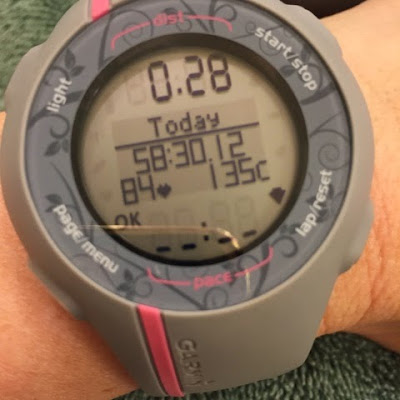 It wasn't my best workout. I just wasn't feeling it but at least I did something. That's what I always tell myself so I don't get discouraged.

How was your Easter?