I've been so scattered  that nothing has gotten done in a timely fashion. I'm convinced that I have ADD. Dean is convinced that I don't. Secretly, I think he thinks I'm losing my mind. It's possible.

So our Christmas celebrations started Saturday. I went to lunch with my friend Vicki & her son Lane. Lane is our Godchild. Sunday we were at Dean's parents house with the extended family. I wasn't the greatest picture taker & you'll notice the Saints game on in the background. It may be Christmas but it's still Sunday. HA! 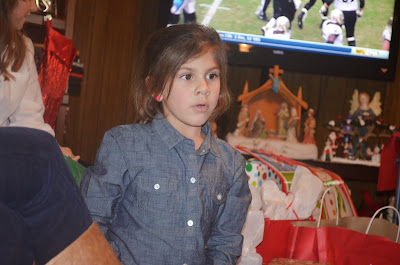 Dean's cousin's little girl, Emma. All the kids were singing before we opened gifts. Emma was very animated. 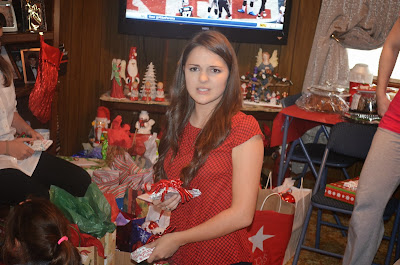 Dean's other cousin's daughter, Lexie .She's also Dean's Godchild. Again, a lovely picture. This day I was the queen of capturing weird expressions. 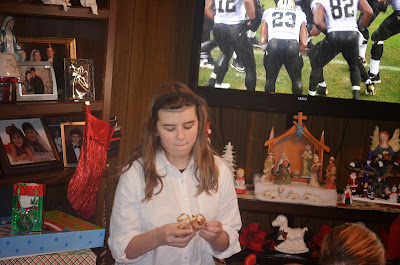 Our niece Camille. Off all the pics I took there is not one of her actually looking at the camera. 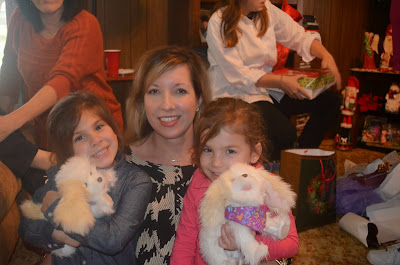 I had to work Monday but the bosses surprised us & closed the office at 3:00. Since I was home early I went for a run. I wasn't sure how far I'd go but I felt good so I did 8 miles. I needed to burn some calories considering all the junk I ate Sunday!

For the first time in 18 years (except for when Christmas fell on a Saturday) I was off on Christmas Eve. It was glorious!!! Dean & I actually got up early & went to the mall. Crazy I know! I was able to get some cute slippers on sale, Starbucks & stock up at Bath & Body Works for the next year! What's crazier than the fact that we went to the mall on Christmas Eve? The way I looked. I got out of bed & put a sweatshirt over my t-shirt, I had slept in yoga pants & I put a hat on & left. It was awesome! Now I know what it's like to be a guy or a college kid.

We went to Christmas Eve Mass & then came home & Dean grilled steaks before the big pajama party. All of the neighbor crew went to Dennis & Jackie's in our pj's & we did the White Elephant Game. There were funny gifts & really stupid gifts. It was hilarious! I lucked out being last & got a Caliente gift card!

The crew. Dennis took the pic & he told us to put our hands in the air. We thought it was a joke. It wasn't.

Christmas Day our families come to our house. We had way too much food as usual & too many presents! 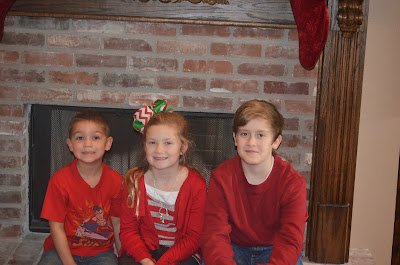 Logan, Brooke & Dylan. Brooke & Dylan are my cousins kids. Brendan is the oldest but you won't find him in any pictures because if he saw the camera his head turned. He's 15 so I guess that explains it.

Logan was hilarious! Everything he opened was "Ohhh, I wanted this". Christmas is so fun with kids. 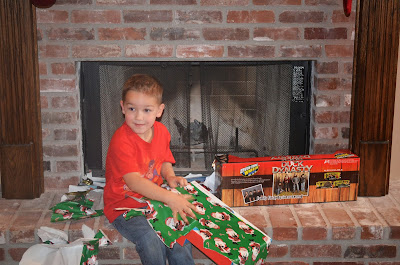 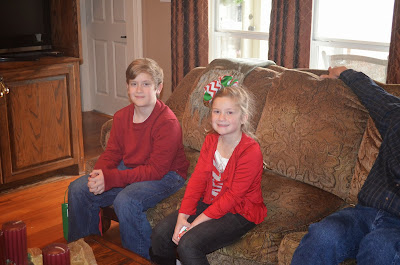 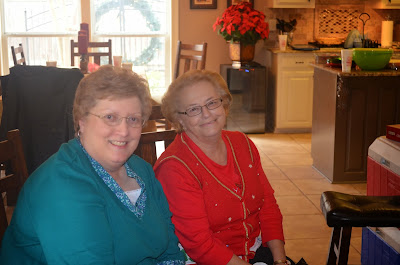 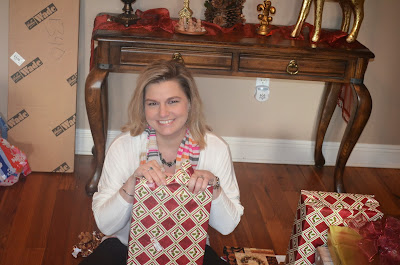 My daddy with his personalized hot chocolate mug that Logan gave him. 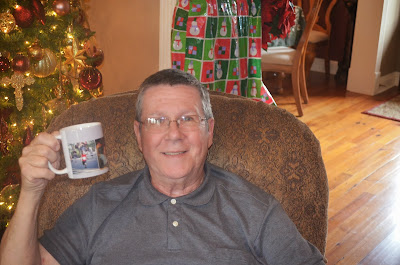 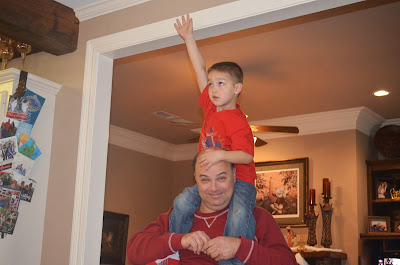 My cousin Leslie, me & my brother Scott. 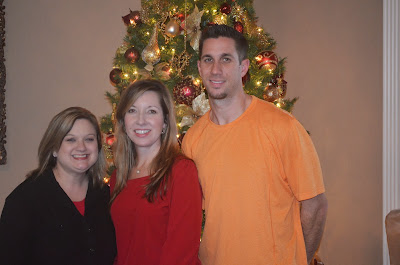 Me & Dean aka Best Husband Ever!!! 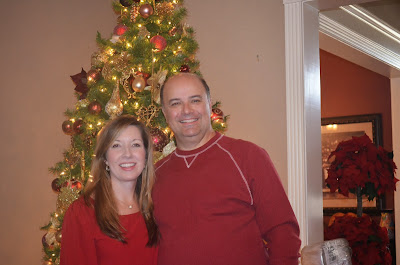 So that was Christmas. It was a wonderful day!

For the first time in many years I'm ready to get my Christmas stuff down & get back to normal. I need my routine. I'm not good being all willy nilly running around without a plan. I took the first step this morning. I got up early & ran 4 miles before work. Now if I can just get the eating back under control......